Seven Innovations That Will Change The World

At business school I took a course called Technology Strategy. In the course, our professor, Dr. Al Segars, introduced us to a list he published: Seven Technologies Remaking the World (Sloan Management Review).

We went through the list in detail during class, and while he had compelling arguments for the formulation of his list, I felt that it was too narrowly focused on physical technologies and misses some of the most important trends in humanity, like climate change. After all, internal combustion engines and refrigerators, although not new technologies, are changing the world in a big way, and not necessarily for the better.

After some thought, I’ve come up with a competing list of seven innovations that will change the world. There are a few differences between my list and my professor’s. First, I refer to innovations rather than technologies. I define technologies a bit more narrowly. If not tangible, they at least have some physical manifestations. Innovations, on the other hand, can be conceptual in nature. Secondly, these are innovations that will change the world, rather than those that are currently having an immediate impact.

My list is far from perfect. Since these are innovations that will change the world there is a fair degree of speculation in the formulation of my list. The list also betrays my biases as a business student. Several of the ideas lean towards business innovations, and my lack of engineering and life sciences knowledge steers the list away from industrial technologies and health care. Nevertheless, I do believe that the list contains a number of profoundly impactful innovations that have the potential to profoundly change the world, and for the better:

Each of these innovations have the potential to usher in meaningful change for the world, but the most impactful change occurs at the nexus of these innovations. When Steve Jobs first introduced the iPhone he emphasized that it was three products in one: an iPod, a phone, and a web browser. Flash hard drive storage, cellular data technology, touchscreens, microchips, and digital photography were just a few technologies in the iPhone. Each technology was impressive on its own, but when the designers of Apple conceived of a product and use case that blended all of these technologies, they truly changed the world. Just ten years later it is difficult to imagine our lives without smartphones.

Over the next several weeks I will be posting several articles on a few of these innovations. The order of the innovations, from one to seven, is not in order of importance. Instead, I’ve arranged them in a sequence in which the possible interactions between different innovations become more apparent as we progress from one innovation to another.

While I am unlikely to post a standalone article on quantum computing because I struggle with understanding the science of the, the innovation will have profound effects on our world. Quantum computing will make computers faster, and importantly, allow computers to perform vastly more computations in a reasonable amount of time than they can now. Artificial intelligence, one of Dr. Segar’s world-changing technologies (#5: Cloud/Big Data), requires many computations to be rapidly undertaken. Certain applications of this technology have abutted the frontier of what computers can currently handle. Quantum computing promises to let artificial intelligence break through this ceiling and unleash all of its world changing promise. 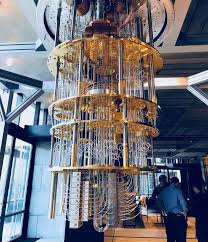 Wired put together a pretty good primer of QC: https://www.wired.com/story/wired-guide-to-quantum-computing/

The internet of things (IoT) is a term used to describe the proliferation of internet-connected devices: wearables, home control devices, sensors of all types, industrial monitoring devices, and more. I see these devices as two-way doors between the digital and physical world. Entering the information superhighway are all of the data that the devices collect. In many instances, these are valuable data that were never available before. As two-way doors, these data can interact with decision algorithms and then send instructions back to the devices, controlling environments remotely and automatically. Health care, industry, agriculture, urban environments, our homes, vehicles, and many more applications can all be automated and improved by IoT monitoring and control.

I am publishing on article on Immersive Visualization on October 29, 2018.

Manufacturing is not only capital intensive because of the need for machinery, but also because of the need for working capital. Injection mold casts can run into the millions of dollars, and many manufacturing processes remove material until the final product is produced, which inherently results in a lot of waste. 3D printing promises to eliminate these inefficiencies by allowing materials to be precision deposited precisely where they belong. As the price of precision of 3D printers come down manufacturing can also become more decentralized, revolutionizing supply chains and logistics, not just manufacturing itself. However, when you weave the promise of immersive visualization into 3D printing, a lot more opportunities open up and present themselves. 3D printing could really unleash a wave of at-home design and prototyping. The printers are becoming more accessible, but so too is the software and immersive tools that more and more people can use to make and design. With immersive visualization, people can bring their Legos to life. With 3D printing, people can generate completely new Lego bricks and designs for their Legoscapes!

Beyond wealthy children playing with LEGO, 3D printing holds promise for low- and middle-income countries. 3D printers can help remote and impoverished communities obtain parts and materials that were hard to come by before, and the printers can also become sources of income as mini-manufacturing sites.

The internet, especially in 2017, is awash with articles expounding the promise of blockchain. I will not attempt to explain what blockchain is nor write an article announcing its world-changing potential. Other people have already written such articles. Here’s a short one:

My talented classmate has also written a series of articles on the innovative software technology:

I am publishing an article on Servicization on November 5, 2018. However, it seems that some of my professors have already jumped the gun and published a paper on servicization.

Posted on October 22, 2018, in Innovation, technology. Bookmark the permalink. 3 Comments.